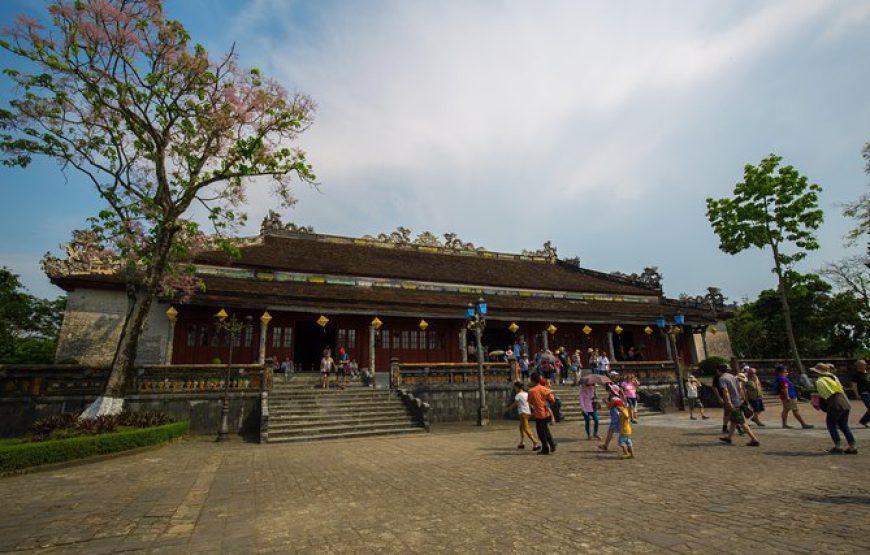 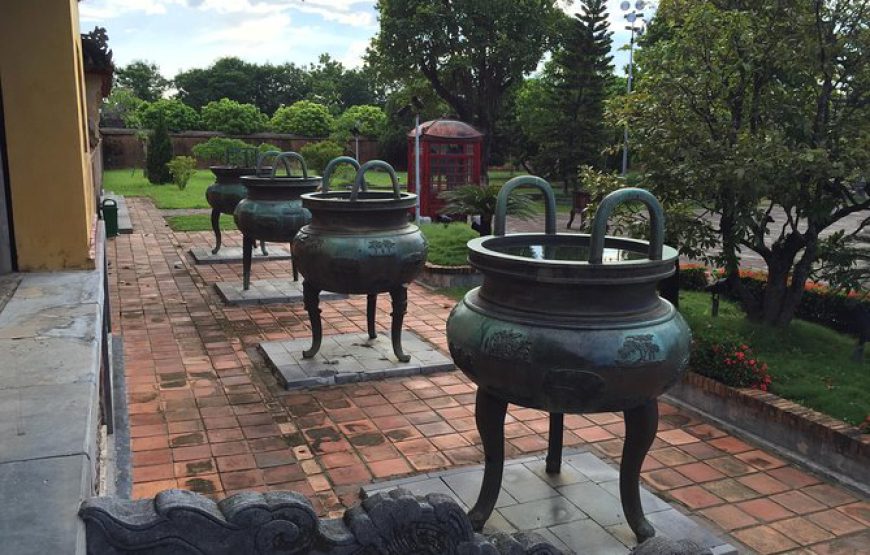 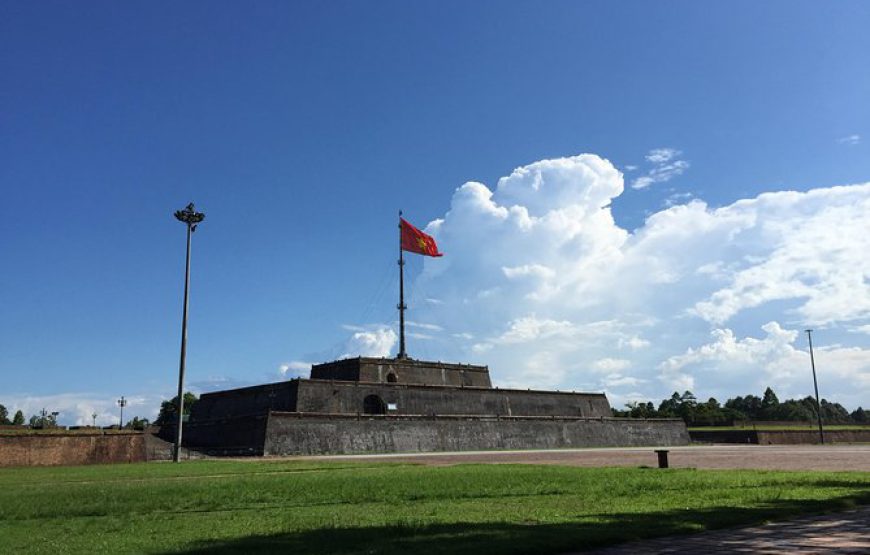 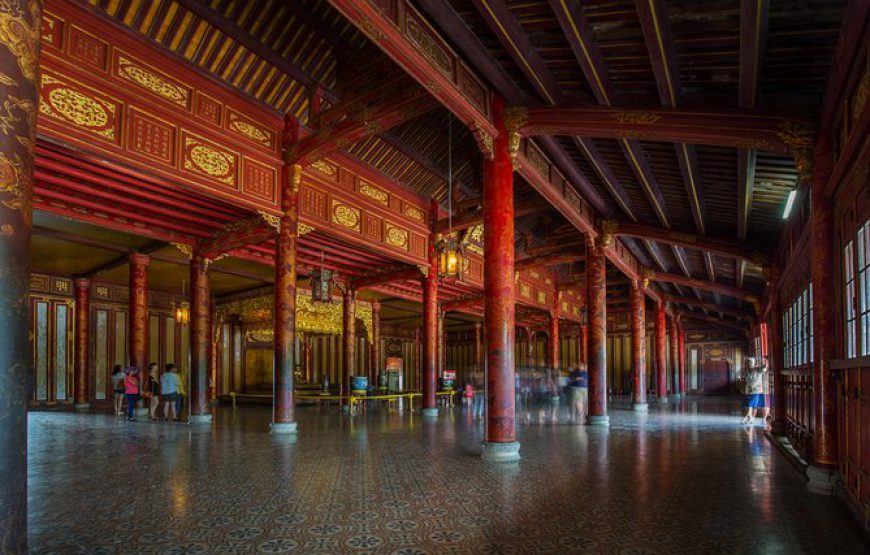 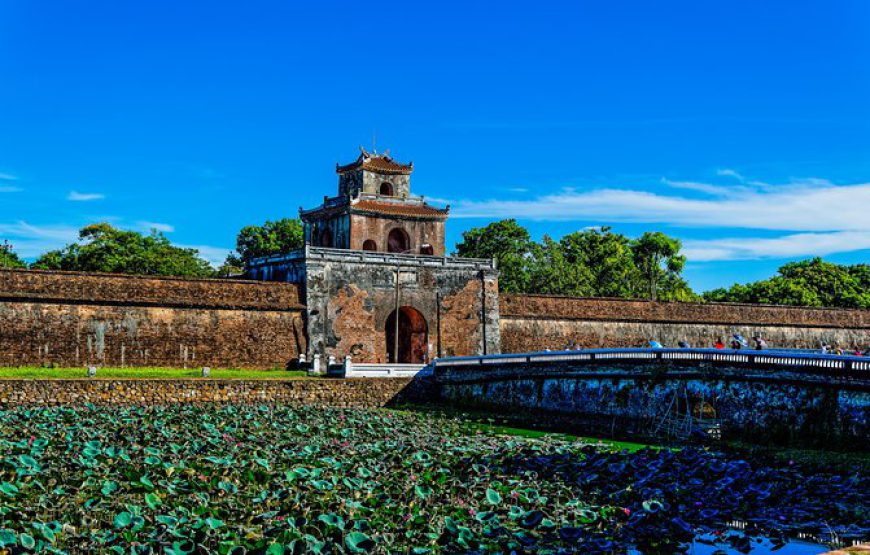 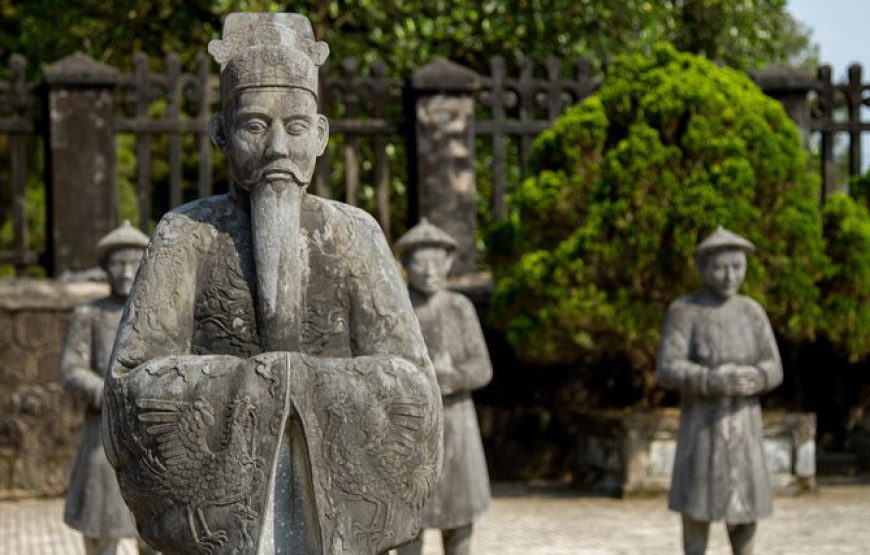 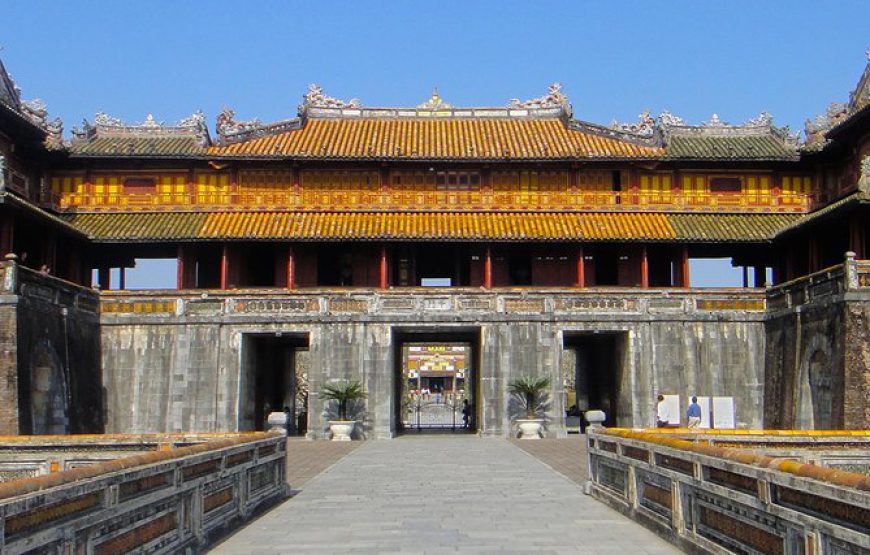 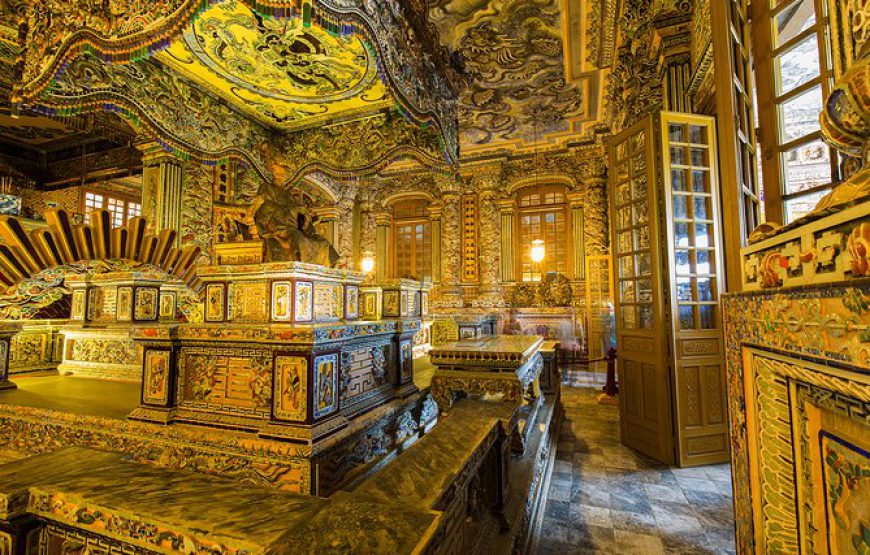 Spend the day touring Hue’s culture, heritage and traditions on this memorable tour that showcases the best of the city’s top attractions. In addition to checking out historic landmarks, religious temples and city streets, you’ll savor a traditional Vietnamese lunch as part of this all-inclusive tour.

Head to Hue, along the North coast of Da Nang to the top of Hai Van Pass where bunkers remaining from the war can be explored
10 minutes • Admission Ticket Free

Upon arrival in Hue, we will visit the Citadel, Hue’s prime attraction, which contains the Imperial City, the Forbidden Purple City and the Emperor's Private Residence. Hue Citadel was built from 1804 to 1833 under the Nguyen’s Dynasty (the last feudalist kingdom in Vietnam). The grounds of the Imperial City are protected by 2-kilometer fortified ramparts and ringed by a moat. Inside the Citadel, there are many different construction works such as: Imperial City Gates, Purple Forbidden City, Temples and places of worshipping, pavilions, gardens, etc.

Thien Mu Pagoda, which is an active Buddhist monastery with its origins dating back to 1601. One of its most poignant displays is a car belonging to a former monk, who in 1963, drove to Sai Gon and set himself alight to protest against the South Vietnamese regime and its cruel treatment of Buddhist monks and followers
30 minutes • Admission Ticket Included

We finally visit the serene Khai Dinh Royal Tomb, designed to blend in with its natural surroundings and built on principles of feng-shui.
45 minutes • Admission Ticket Included 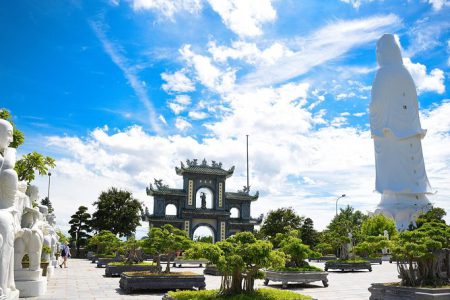 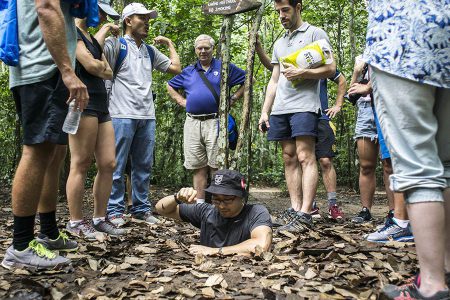 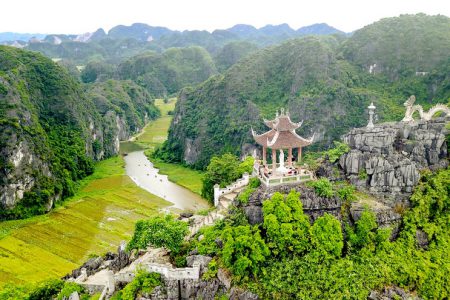 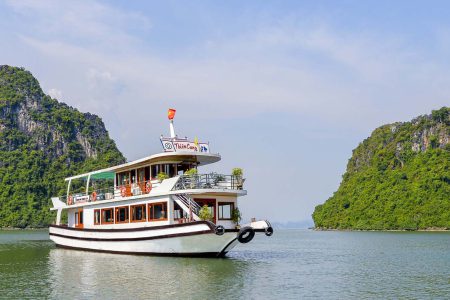