When Kong: Skull Island opened in theatres, viewers marvelled at the use of real-world locations in the film. To bring to life the mythical lair of Kong, the crew chose one of the most underrated frontiers in the world: Vietnam. The visual tone of Vietnam’s northern landscape easily evokes a fantastical world dominated by primeval creatures. If the spirit of adventure is calling, here’s a map to plan your own monster-sized expedition.

Halong, meaning “where the dragon descends into the sea,” is a mystical destination entrenched in its own folklore. Legend has it that long ago, the Jade Emperor called forth a family of dragons from the heavens to drive off an impending invasion. The dragons rained down thousands of emerald gemstones onto the bay, giving birth to over 1,900 majestic limestone outcrops rising spectacularly from the tranquil calm of the Gulf of Tonkin. 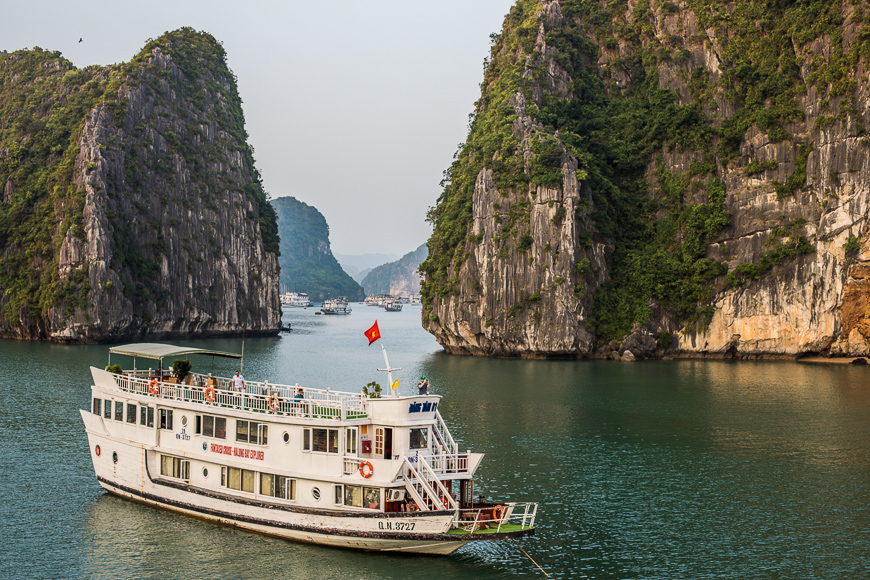 What to do in Halong Bay

Cast off on a traditional boat and weave through the towering monoliths to hidden coves and lagoons. An overnight stay is just enough time to breathe in the mysticism of Halong, and see the numerous coves, grottoes and caves nestled in the archipelago. When the mist rolls in, the ragged jungle-covered crags and bluffs are even more mesmerizing. 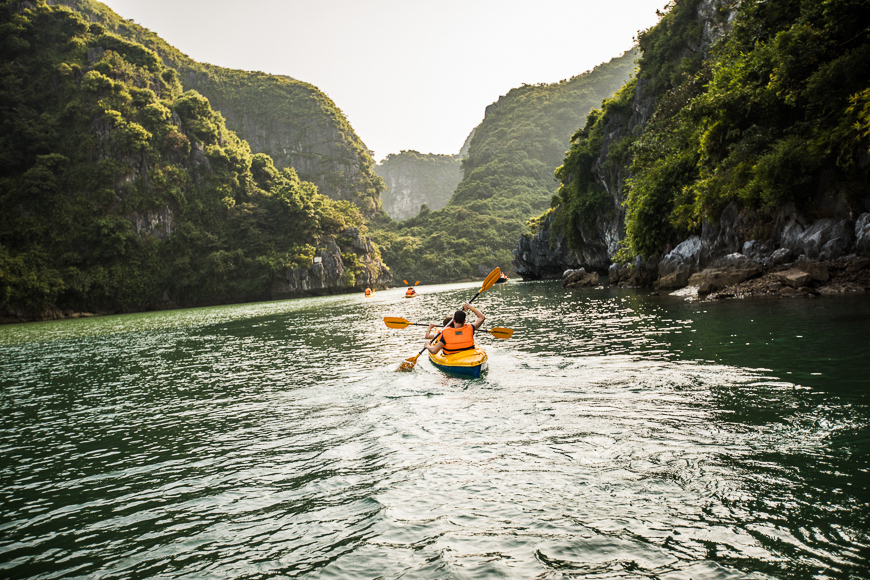 One approach to convincing an audience that a fictional destination does indeed exist is to film in a place never before seen on the big screen. Phong Nha Ke Bang, a national park in Central Vietnam bordered flanked by Laos to its west and The East Sea, slipped under the radar for years before the accidental discovery of Han Son Doong Cave in 1991. Since then, Phong Nha has seen a steady rise of adventurists looking to experience this largely concealed territory for themselves. 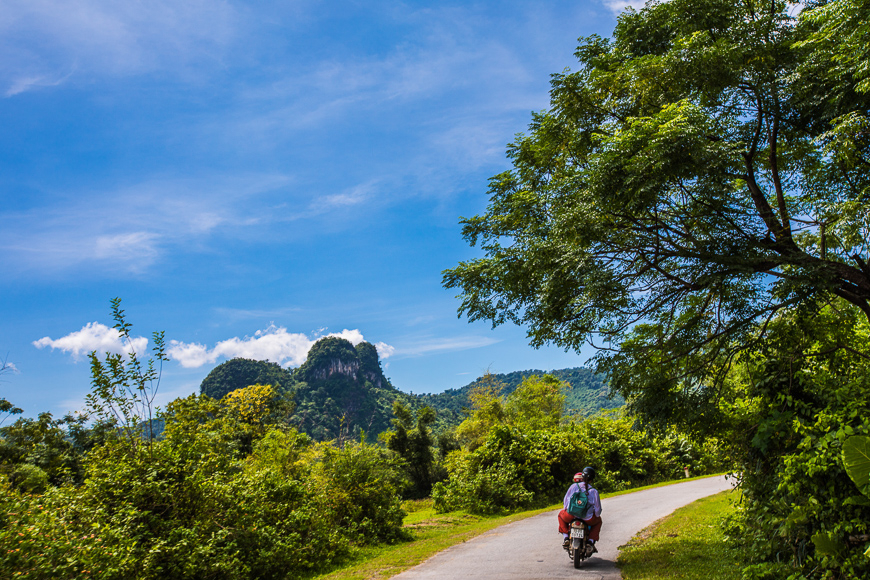 What to do in Phong Nha

While Han Son Doong may have put Phong Nha on the map, there are other equally astonishing caves in this UNESCO World Heritage site that are open for exploration. Join an eco-tour, sign up for a two-day caving expedition, and ride around the area to get a sense of Phong Nha’s treasures. You can also take a boat ride from the central pier to Phong Nha Cave. 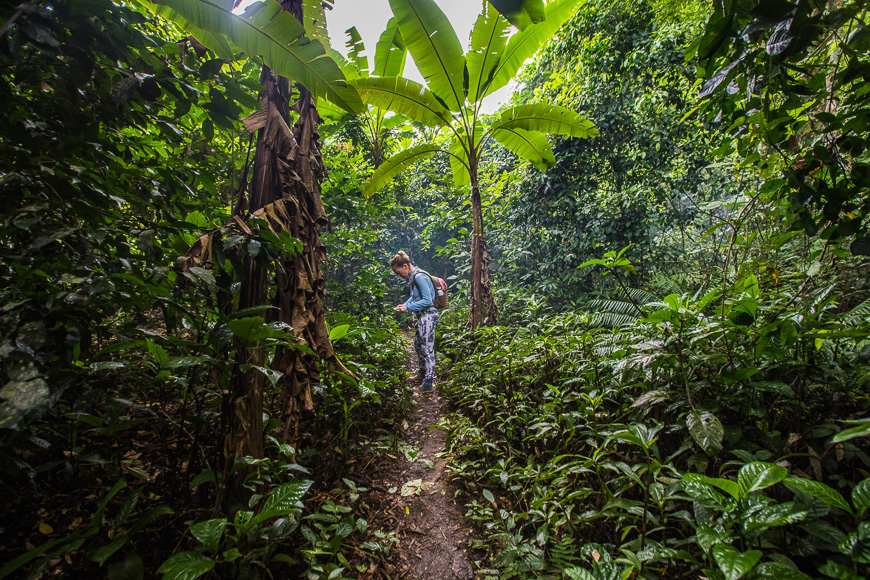 After a hostile reception from the Monarch gang, Kong starts his rampage against the crew. The plane crashes to the ground, and Larson and Hiddeston’s characters are seen escaping from the wreckage, trampling through the surroundings of Yen Phu Lake. The bewitching interiors of Mouse Cave also make an appearance in the movie.

The serrated landscape of Ninh Binh is a character in itself. Often referred to as “Halong Bay on Land,” this cinematic sweep of verdant countryside is the home to countless limestone formations that spring out of the earth like a divine fortress. The rhythm of rolling hills and mountains is complemented by the graceful bends of the Ngo Dong River, which glistens a brilliant ochre hue in the sunlight. 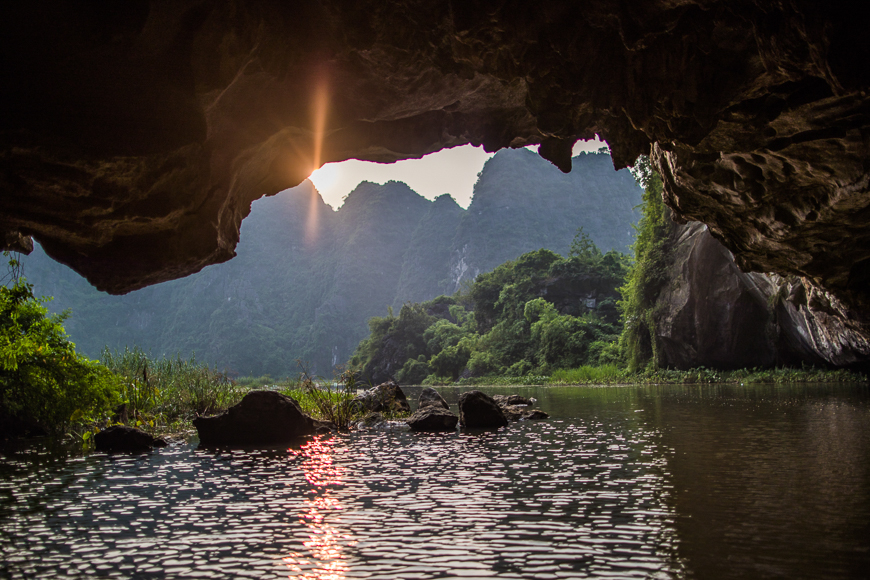 What to do in Ninh Binh

Ninh Binh is home to Tam Coc, a flooded cave karst system that is part of the larger Trang An Scenic Landscape Complex. Appreciate the beauty of Ngo Dong River from aboard a bamboo sampan tour, ferrying you through the shadows of limestone giants. Afterwards, climb the steps up Mua Cave to see a breathtaking view of the entire landscape. 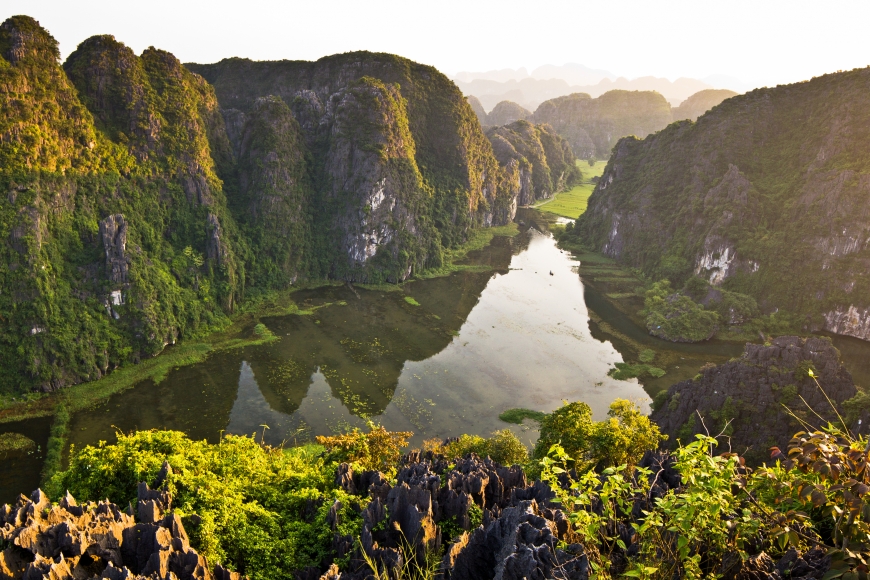 After the maelstrom of the first Kong encounter, the remaining survivors of the team make their way to find refuge. It is during their trek that they encounter one of Ninh Binh’s soaring limestone karsts stamped with a monstrous, bloody paw print, foreshadowing the terror to come. 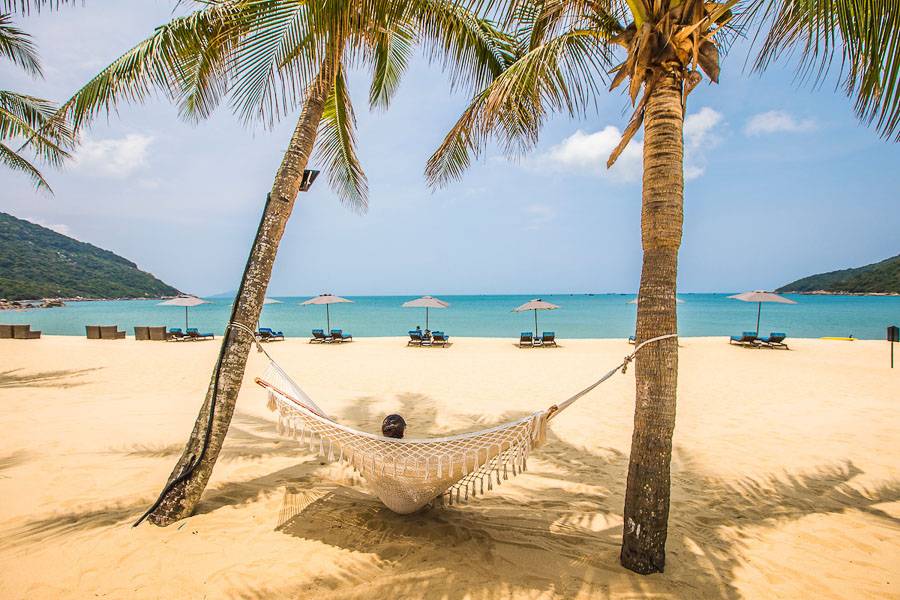 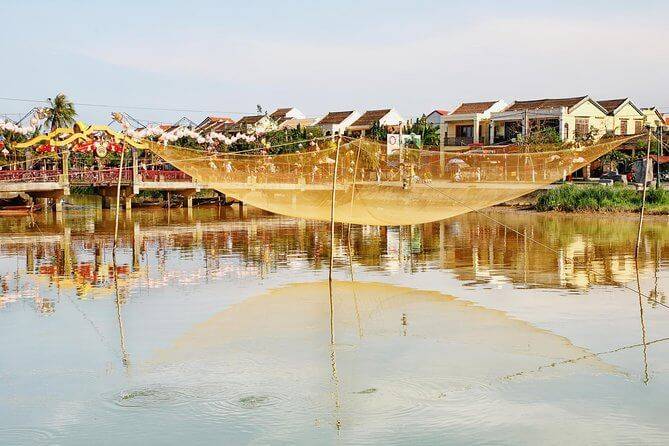 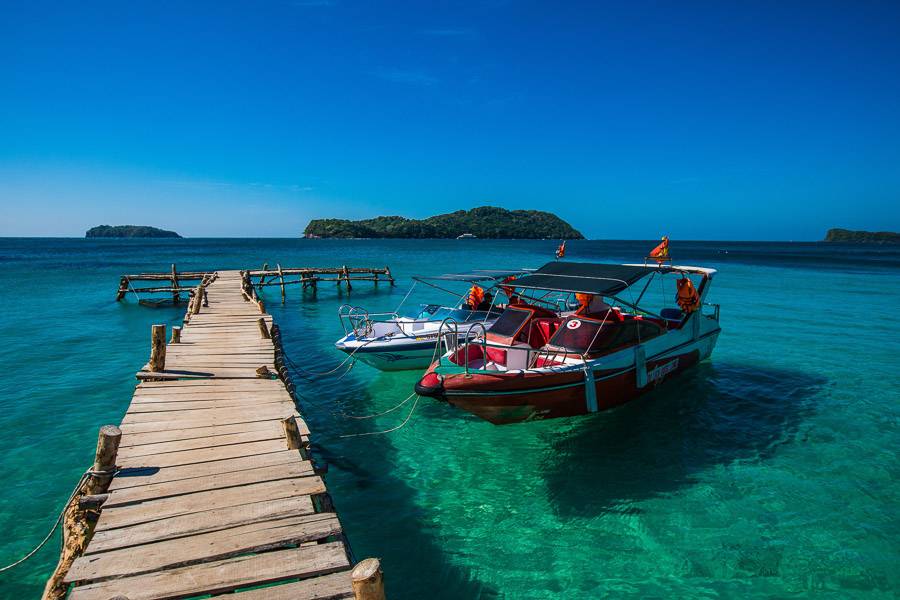 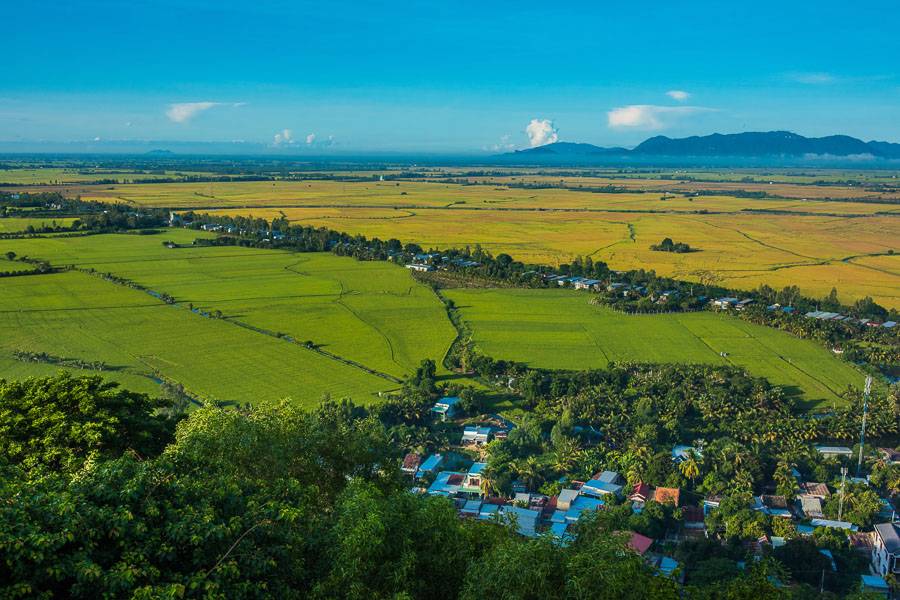 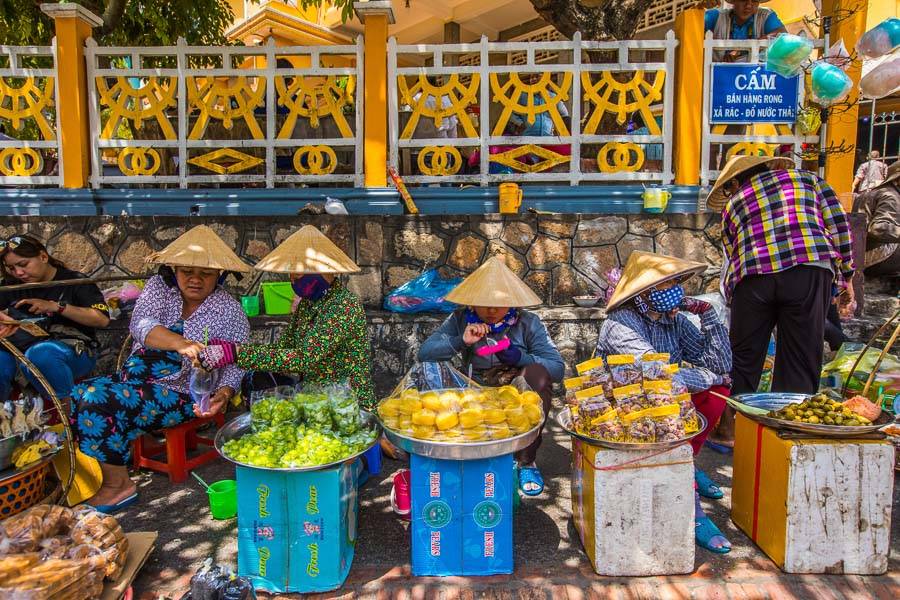 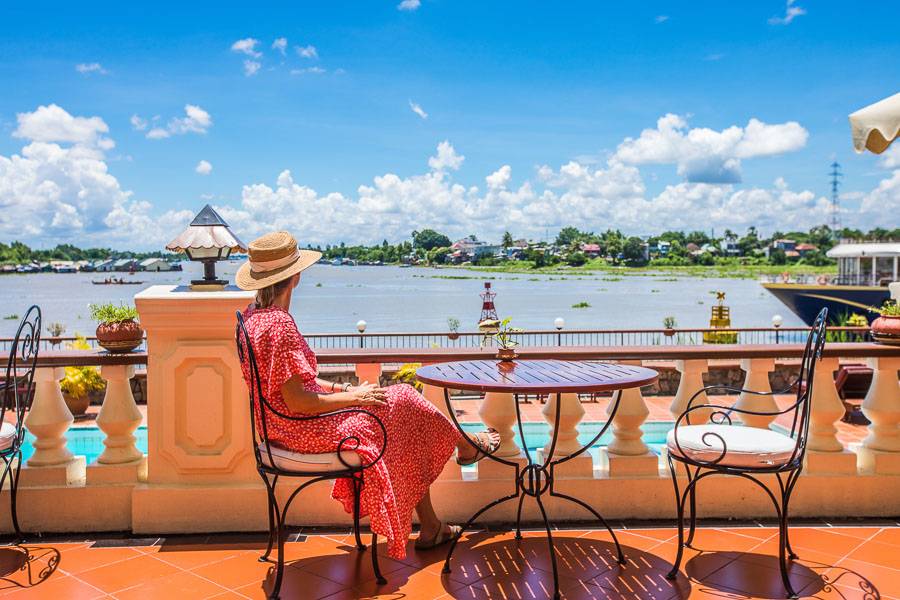 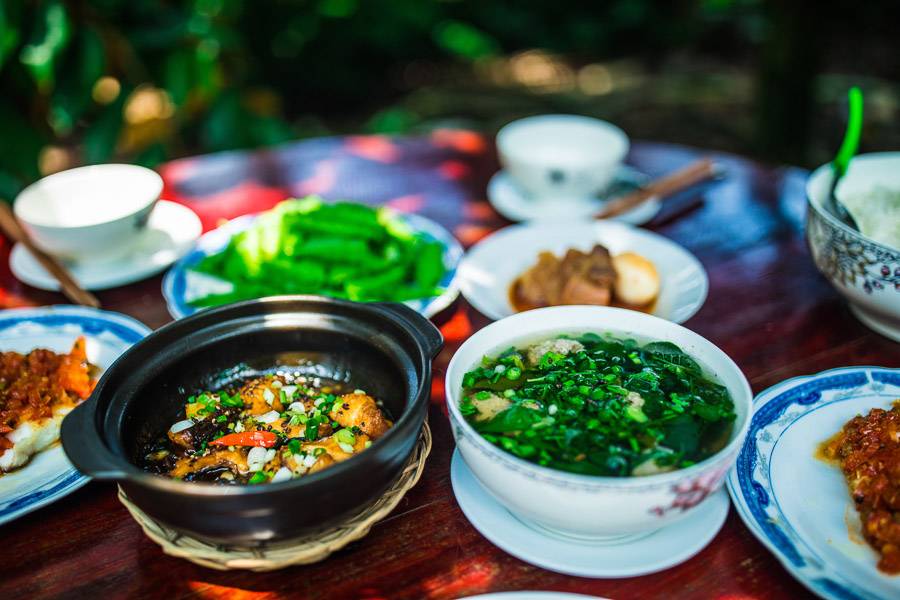 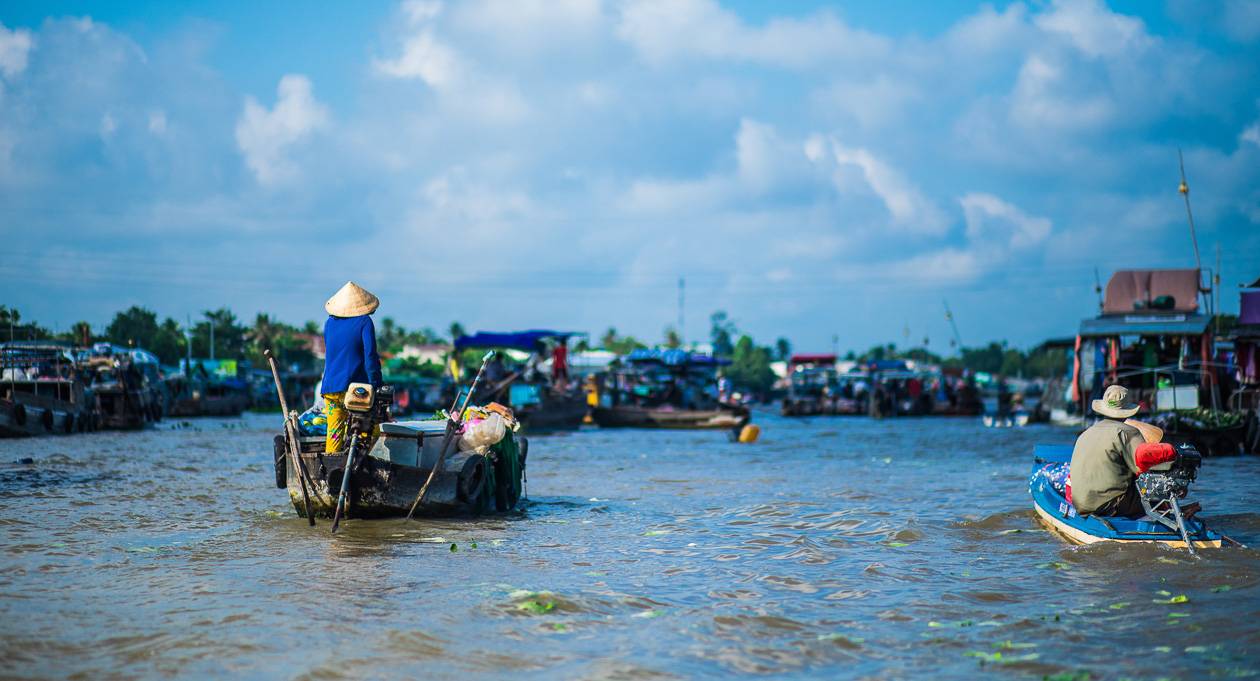 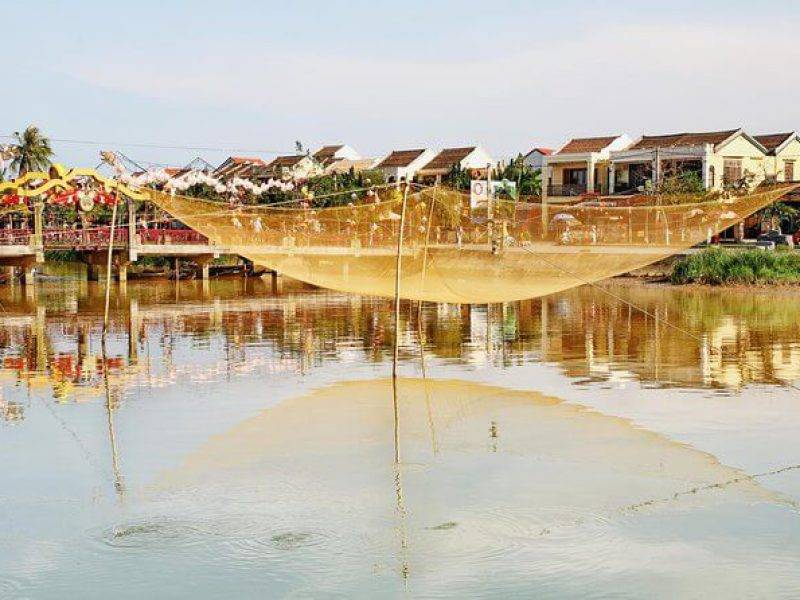 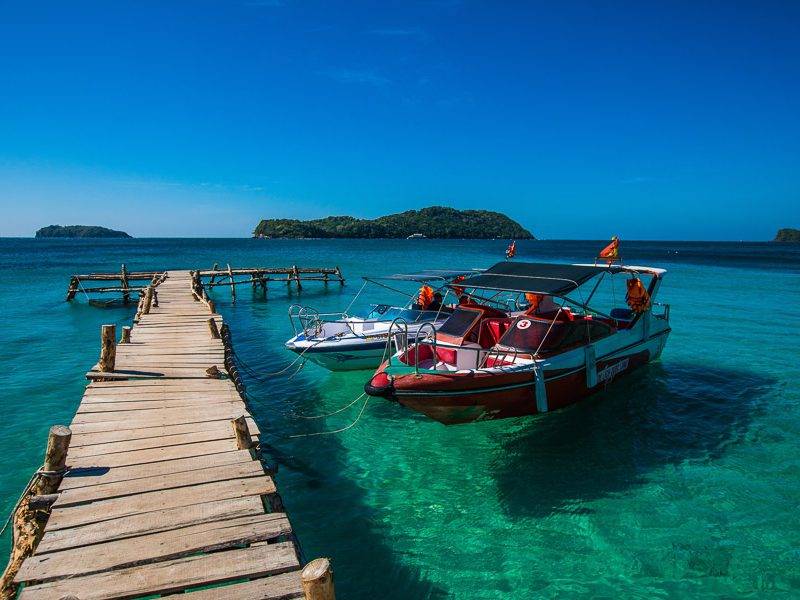